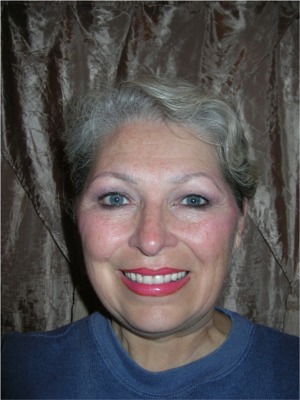 Because i post on FB and Twitter, i rarely use my blog anymore. However, i have gotten so disgusted with FB, especially, that i started a new blog for postings about my corporation, Aquarian Age Inc. I also have the blog dedicated to Astrology.
Posted by Lee Gabor at 11:55 AM No comments:

I am having a mess with this crazy iPhone 7 and wanted to check if I still could blog on my other blog. Naturally, this one came up and I saw I haven’t blogged on it since 2017. That is hard to believe, but I do blog much more often on my other blog and I don’t feel that I am very important as an individual (especially compared to what I offer on my other blog) so maybe this date of 2017 is accurate. At least I can still blog here, lol. But, need to log out and go to my other blog!
Posted by Lee Gabor at 3:42 PM No comments:

i keep up with politics and am on Twitter and Facebook often plus blogging on my astrological blog, so haven't blogged here for ages.

After watching the video of the young man admitting to voter fraud in the AL special election between candidates Jones and Moore, i felt angry. The people of AL should decide who will be their senator, not a bunch of people from other states who illigitimately vote.

I don't know if Moore is guily of sexual harassment. It is bothersome that this Barbara Nelson admitted to making changes in the yearbook she sbd attorney Gloria Alred have used as proof that Moore was in some type of relationship with her when he was in his 30s abd she was a teen. No wonder they wouldn't turn over the yearbook for forensic analysis.

I hope the whole truth comes out at some point and i do hope the people who committed voter fraud are charged. We shall see!

When we look at Uranus in Aries in the Pre-America and American History and consider how much violence is in the world right now and how close the U.S. is to a coming war some are calling World War III, we view the years when Uranus was in Aries. It travels through all the 12 SYSTEMS (Piscean Age is Signs) every 84 years.

Therefore, 2017 is violence and we are close to war with N. Korea.

84 years before 1939 was 1855, just 6 years before the Civil War in the U.S. This war also was known as the War of Rebellion, the War of Northern Aggression, and the War Between the States.

84 years before 1687 is 1603 just 4 years before Jamestown was founded and, of course, Roanoke Colony already had been founded in 1587 and then discovered to be deserted in 1590.

it appears obvious that Uranus that we call "Iron Man Jumper Pumper" (c) in Aquarian Age Astrology in the Muscle System, we call "Muscle Hustle" (c) in the new astrology emphasizes enormous conflict and the muscle system does work by conflict.
Posted by Lee Gabor at 6:18 PM No comments:


News on DISD (Dallas TX Independent School District) teacher arrested for sexual abuse of students - Jorge Ruiz - I checked certifications and there are 3 for males of this name and all three are Bilingual Generalists EC through 4th grade (just that thoughts makes me sick).
There is one more, who is Jorge Leis Ruiz, but his certifications have expired and they were all grades PE and HS Spanish.

You can look up any teacher's certification(s) from the Texas Education Agency at the website to which I'm linking, but you must have a correct name (mine only comes up with Leciana Gabor and not "Lee," which is my nickname. The link is https://secure.sbec.state.tx.us/SBECONLINE/virtcert.asp

The news just reported this Jorge Ruiz teaches Pre-K at DISD's Kramer Elementary School. The sex assault of the alleged first child was from 8 years ago when the victim was 7 years old and a second alleged victim has come forward. This is sickening!!!!

DISD has placed the guy on "administrative leave," although he is in jail. Parents of students at the school are upset that the school didn't send home a notice and some parents learned that the teacher was arrested by watching the 4:00 local television news.

Trump is just a few points ahead of Hillary Clinton, but both are under 50%. This is no surprise to me.

Although Texas has been a strong Republican state, with all the people moving here from California, New York, and New Jersey, the state is moving to becoming more Democratic.

The reason many of those people are leaving those three states is because the Democrats ruined them financially and the taxes are so high now, people can't afford to stay there.

Texas has NO state income tax. That will have to change when it becomes a Dem majority.
Posted by Lee Gabor at 5:11 PM No comments:

Solar Energy credit on IRS form - use form 5695 for Residential Energy Credit (goes on line 53 of 1040). You do NOT have to itemize deductions to take this credit, but it is a NON-BUSINESS credit - obviously for residences (per the title of the form).
I'm posting because there are so many ads on television and on Facebook for solar energy.
Posted by Lee Gabor at 5:08 PM No comments: